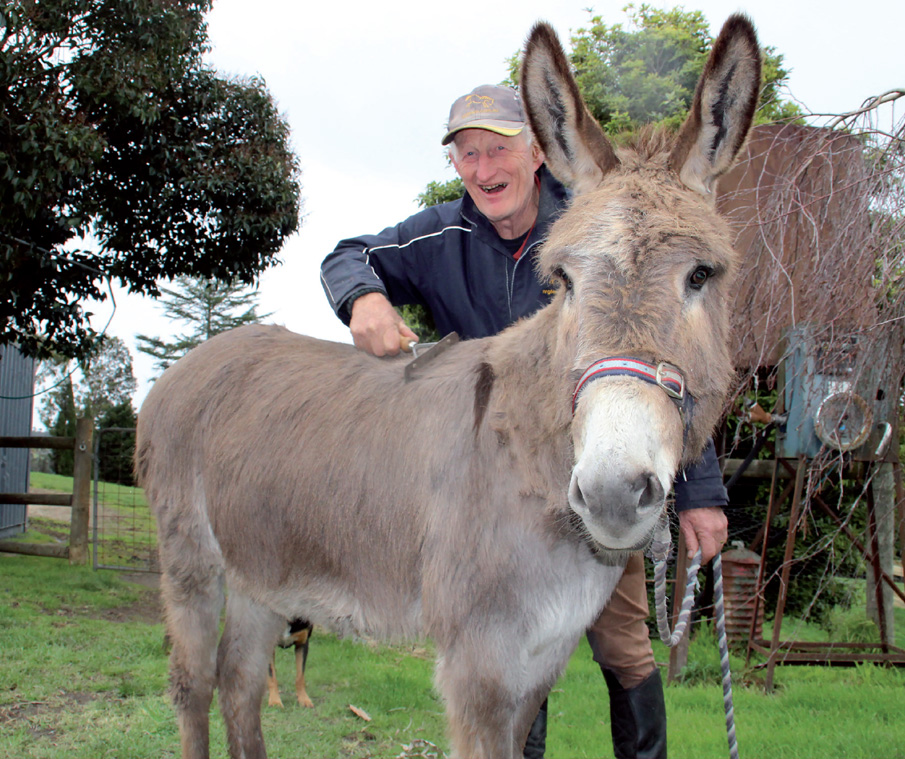 Who in Ireland ever called a donkey anything but an ass?

Victorian member and the force behind equine nutrition and show products brand, The NRG Team, Boyce Deverell is mad about hunting and donkeys. Yes, in that order. His Irish background saw to that, with the image forever etched in his memory of his father mounted on a donkey riding alongside hunt parties. What fun. Here, Boyce shares boyhood recollections of Irish life with his asses.

Boyce Deverell grew up, like so many of his generation, on a farm where donkeys were very much part of the working farm. Donkeys were everywhere and used for all manner of light farm work, such as feeding out hay, bringing in turf, going to the shops and around the South of Ireland, taking milk to the creamery! Good donkeys were highly valued, mainly due to the fact that kids’ jobs usually entailed the ‘Donkey and Cart’. They were easy to look after, easy to harness and most kids not only drove donkeys but also rode them.

“My job as a kid on the farm was to feed the cattle hay each day. Dad was often too busy to feed out and due to the soft ground, tractors cut up the field too much…..donkeys, however, were ideal,” said Boyce.

“After school, my brother and I used to race each other on our donkeys, Nassau and Byrns-ass. Donkey racing became very popular for a short period of time in the 1960s and a local field was chosen for races over the summer period. Donkeys came from far and wide and even the bookies were to be seen at these inaugural events. Most of the fun was watching donkeys go backwards, bucking, throwing their riders and taking off, with only a few making it to the finishing line. No one had a saddle, so staying on a donkey was a challenge in itself. In my first race, the finishing line was a piece of string, much like they use for athletes, thankfully my dad hijacked
the tape and I managed to win this race. Nassau was well known for bucking at the start so I used to tie my feet together under his belly! Unfortunately, the professionals moved in and because they were unknown, they got very good odds from the bookies, and with well-trained donkeys, they spoilt our fun. Racing
came to a halt.”

Boyce’s cousin, new to her position in the bank, arrived by bus at the local drop off point, five miles from the Deverell home. Excitedly,
with his brother and sister in the cart, Boyce drove the donkey to pick up his cousin. Suitcase in hand, when she saw who had arrived to
collect her, she was horrified and immediately got back on the bus.  The driver, however, persuaded her, and suggested if she covered
her head, no one would recognise her! To this day, she counts that as one of her most embarrassing moments. 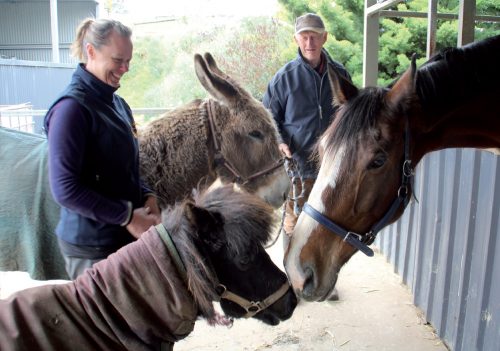 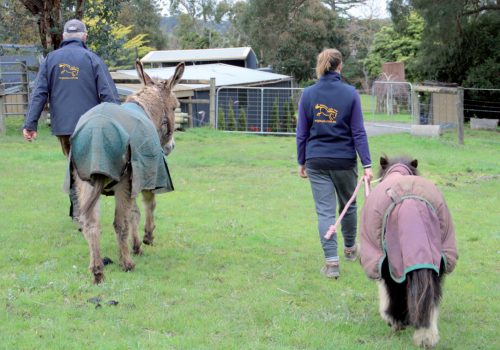 “We loved our donkeys, but by modern day standards, we treated them as just another working animal on our farm,” said Boyce.

“Sadly, I grew too big for donkeys, and ponies became the next best thing. Cowboys and Indians with a 44 gallon drum on the cart was one of our favourite games, pretending to be in the Wild West. I always pretended to be a wild Indian, until one day I forgot to look ahead and went ‘smack, bang’ into a tree!”

Any visitor today to the West of Ireland, staying in B&Bs will invariably hear donkeys braying at all times, day or night. Sadly today, donkeys are hardly used except for companion animals. Boyce learnt so much about horses from his years of playing, working with and caring for donkeys. They say we regress into a second childhood as
we get older, and so when the opportunity came via Pat Steefkerk to purchase a young donkey, Boyce jumped at the chance and Felix came to live at Lochs Hill in Victoria’s beautiful Yarra Valley.

He is a favourite amongst the grandkids and any visitors alike. The plans are to harness Felix this coming summer and go for a tootle
along the Warburton Track. “Like the old steam trains, we will need someone to go ahead with a red flag warning all horse riders….donkey approaching!”

All the horses have become firm friends with Felix. For Nugget the Shetland, it certainly did not begin with a love story. Nugget was so petrified that he jumped a 70cm fence in terror and would not have anything to do with Felix for the first three months. Gradually, this has all changed and they are now inseparable friends.

For a hilarious Donkey Derby, have a look at the following for some mad Irish fun: